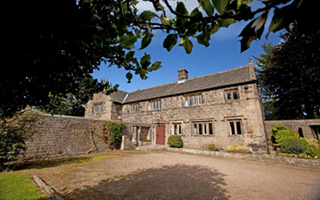 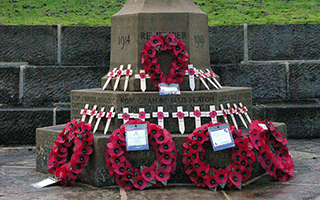 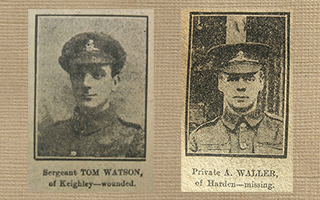 Harden, whilst small in size, has a rich past.

On the moor above the village are two extensive groups of Bronze Age burial mounds. The mounds yielded up several crudely decorated cremation urns from the period 1400-1000 BC, which are now in the Cliffe Castle museum. Two roman roads ran through Harden, bisecting the village. One crossed the beck at the site of the bridge by the Malt Shovel, went up past Harden Hall and onto the moor where its remains can be seen by the Guide Inn.

Throughout the Roman and Saxon periods which followed there was probably a more or less permanent settlement on the site of Harden but little remains to be seen, although Bingley parish church has Saxon origins. It is not until the Domesday Book of 1086 that we get the first documentary record of Harden under the name of Hateltone or Hatel-tun, part of the manor of Bingley, held by Gespatric an Earl under Edward the Confessor and consisting of three hamlets.

The lands eventually passed to the Birkin family who in a series of twelfth century grants gave their land to Rievaulx Abbey. Most of the charters of Rievaulx have survived and they portray a medieval Harden consisting of three distinct hamlets within the boundary of what is now the modern village. One was based near the beck at the site of the bridge, and throughout the thirteenth century and perhaps even longer was based upon iron smelting on the site of Harden Hall where fragments can still be found. The second, and probably most important, was based on Grange Farm, the site of the present St. Ives mansion and was based probably on sheep farming, as was the third based on Ryecroft.

On the dissolution of Rievaulx in 1538 a catalogue of all its possessions was made and this survives and gives some details of the inhabitants of Harden. The whole settlement was rated at £15 – 5s – 4d and was bought by the Paslew family who held the lands until 1572. One of the members of the Paslew family, Francis was a leading member of the Catholic Church in the north of England and after taking part in the failed Rising of the North against Elizabeth in 1569 was thrown into the Tower, though later released. But as a result Elizabeth sent a courtier north to value his lands which was set at £46 – 5s – 3d, giving a handsome appreciation from the earlier valuation of some thirty years previously. 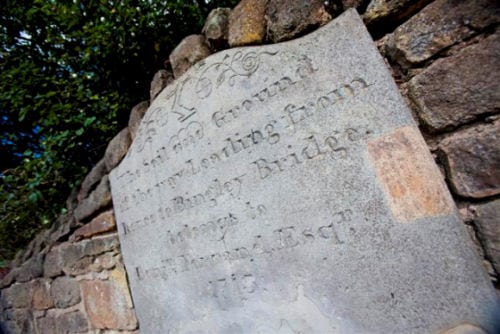 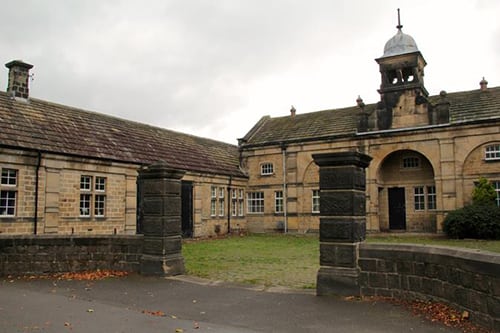 During the English Civil War in the 1640’s a detachment of Parliamentary soldiers under the command of General Fairfax camped on what is now the golf course whilst on their way to lay siege on the Royalist stronghold of Skipton castle. However, the Royalists heard of their coming and sallied forth to meet them.   An engagement was fought in St. Ives and the Fairfax Entrenchments are marked on the Ordinance Survey maps to this day, although it is now believed that these are in fact the remains of medieval mining. General Fairfax was billeted at Harden Hall and the stone table at which he is reputed to have sat to complete his casualty lists following the engagement is contained in a glass case in the Memorial Hall.

The Ferrand family eventually bought much of the land in and around Harden, but opinions differ as to whether it was in 1582 or 1636.   Large slices of land did change hands in 1636 but it also certain that the Ferrands had a substantial land holding after 1582, and were given an important pew in Bingley parish church in the late sixteenth century. The Ferrands were to own the lands in Harden until the twentieth century when the estate was sold in 1927 to Bingley UDC for £39,500, although most of it, apart from the mansion and grounds had been sold by 1919. The Malt Shovel Inn was sold for £1,476 and Harden Hall for £1,600, both in 1919, and the Brown Cow for £5,250 in 1893.

The greatest of the Ferrands was William, elected MP for Knaresborough in1841 and friend of Benjamin Disraeli who was well-known at St. Ives and is reputed to have been a founder member of Bingley Cricket Club after opening the innings with the local blacksmith on one of his visits. Celebrity artists such as Dante Gabriel Rosetti and Edward Burne-Jones also visited. The last William Busfeild Ferrand (1837-1927) had no interest in politics, neither national nor local, but he did become High Sheriff of Yorkshire in 1904 which, being a true Yorkshireman, he recorded in his diary as having “cost me £1039”. However he was happy to build a new stable block in1906 which stands to this day at a cost of £5,867.

The village developed during the nineteen and early twentieth centuries with the Wesleyan Chapel being built in 1813, the Congregational Church in 1865 and the Parish Church in 1892. The 1801 census records 306 houses in the village for 1,550 adult residents.

Read more about the history of Harden on Wikipedia. 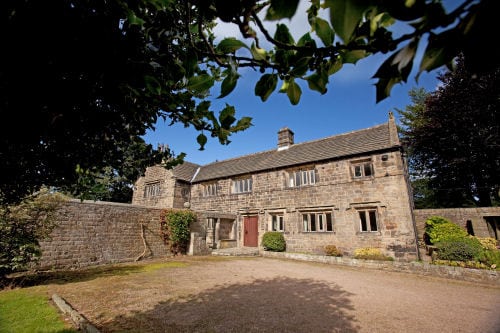 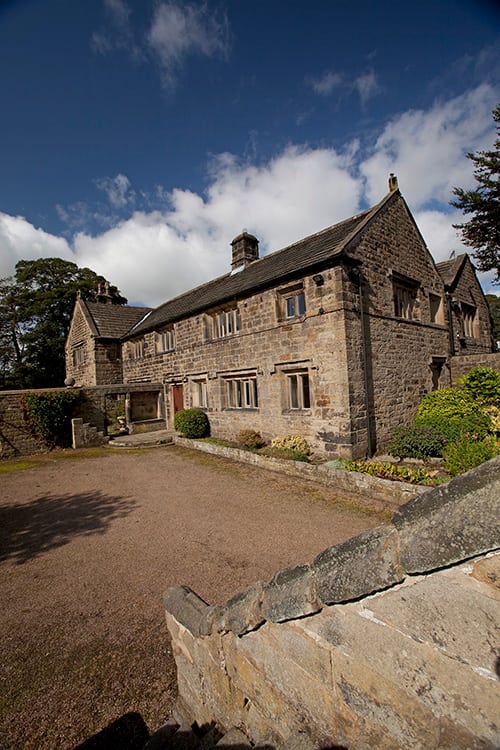