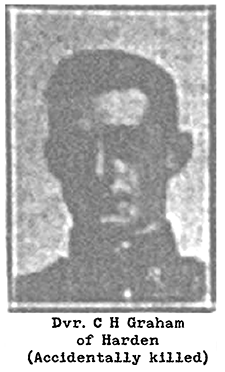 The first burials were made in Plot I of the cemetery in September 1915, but it was most heavily used during the Battle of Arras, which began in April 1917.

The dead were brought to the cemetery from casualty clearing stations, chiefly the 18th and the 23rd at Lapugnoy and Lozinghem, but between May and August 1918 the cemetery was used by fighting units.

Lapugnoy Military Cemetery contains 1,324 Commonwealth burials of the First World War, 3 being unidentified, and 11 from the Second World War, all dating from May 1940. The cemetery was designed by Sir Edwin Lutyens. 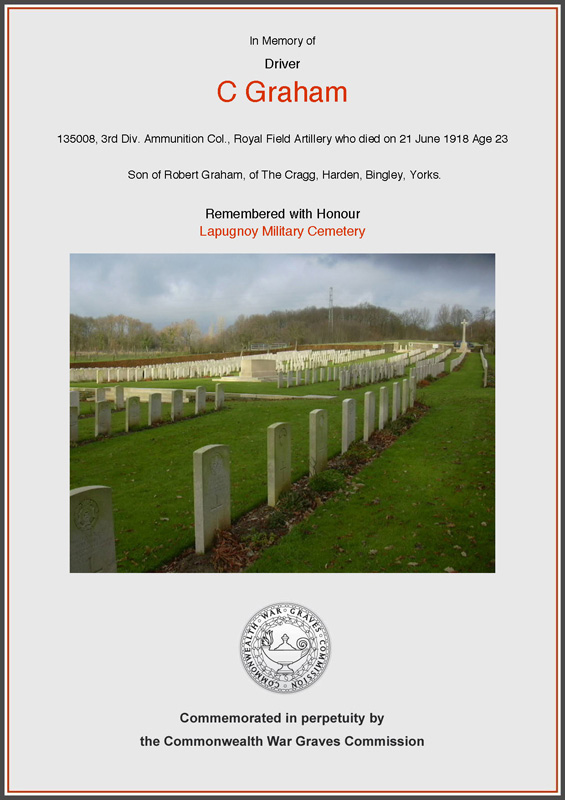 Cecil Graham’s photograph appears on page 3 of the Keighley News from 6th July 1918, under ‘Local Heroes of the War’.  Report appears on same page under ‘Local War Casualties – Bingley and District’. 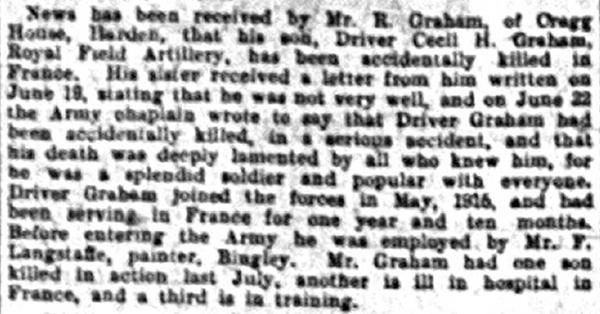