9th Battalion of the Yorkshire Regiment. 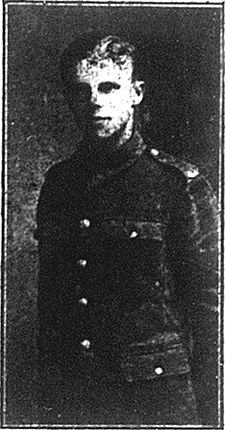 Henry, or Harry, Metcalfe was in the Navy before the war began. His family lived at Cuckoo Nest, St Ives Estate, Harden, where his father was the gamekeeper.

Harry made the transition from Navy to Army as soon as the war began, becoming Private Henry Metcalfe, 10493, of the 9th Battalion of the Yorkshire Regiment.

Harry died aged 25 on 5th October 1918, so tragically close to the end of the war in November that year. As such, Harry fought for almost the full term of the war and experienced many battles and wounds.

Harry is commemorated at Vis-En-Artois Memorial.

Vis-En-Artois and Haucourt were taken by the Canadian Corps on 27 August 1918. The cemetery was begun immediately afterwards and was used by fighting units and field ambulances until the middle of October. It consisted originally of 430 graves but was increased after the Armistice by the concentration of graves from the battlefields of April-June 1917, August and September 1918, and from the smaller cemeteries in the neighbourhood.

The cemetery now contains 2,369 burials and commemorations of the First World War. 1,458 of the burials are unidentified but there are special memorials to eight casualties known or believed to be buried among them. 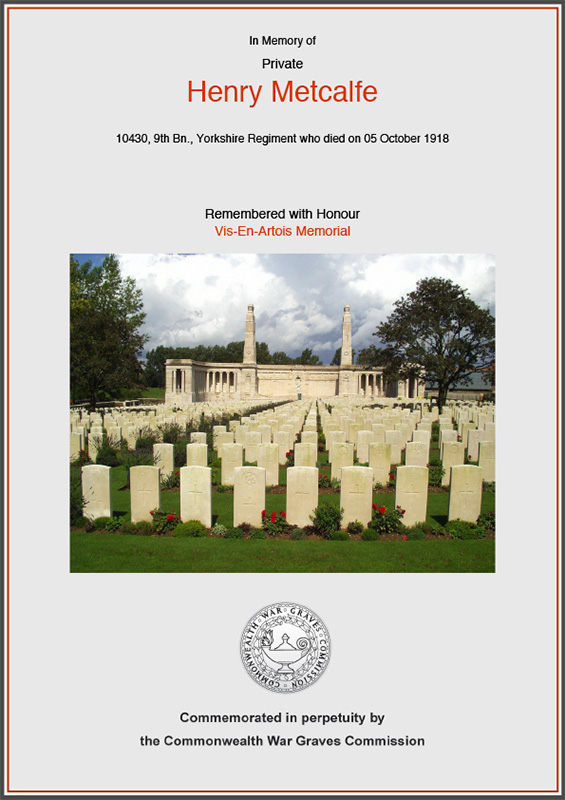 Henry Metcalfe’s photograph appears on page 5 of the Keighley News from 21st December 1918, under ‘Local Heroes of the War’.  The report is on page 9 under ‘Local War Casualties’.