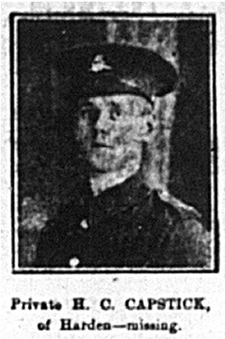 His occupation, when he was 14, was a mule ‘piecer’ or pricer.

After becoming Private 10973 in the 8th Battalion on the Duke of Wellington’s (West Yorkshire Regiment), Horace died in Gallipoli, Turkey, on 12th August 1915.

He is commemorated at Helles Memorial, Gallipoli, Cannakkale, Turkey.

The eight month campaign in Gallipoli was fought by Commonwealth and French forces in an attempt to force Turkey out of the war, to relieve the deadlock of the Western Front in France and Belgium, and to open a supply route to Russia through the Dardanelles and the Black Sea.

The Allies landed on the peninsula on 25-26 April 1915; the 29th Division at Cape Helles in the south and the Australian and New Zealand Corps north of Gaba Tepe on the west coast, an area soon known as Anzac.

The climax of the campaign came in early August when simultaneous assaults were launched on all three fronts. However, the difficult terrain and stiff Turkish resistance soon led to the stalemate of trench warfare. From the end of August, no further serious action was fought and the lines remained unchanged. The peninsula was successfully evacuated in December and early January 1916.

The Helles Memorial serves the dual function of Commonwealth battle memorial for the whole Gallipoli campaign and place of commemoration for many of those Commonwealth servicemen who died there and have no known grave. There are also panels for those who died or were buried at sea in Gallipoli waters. The memorial bears more than 21,000 names. 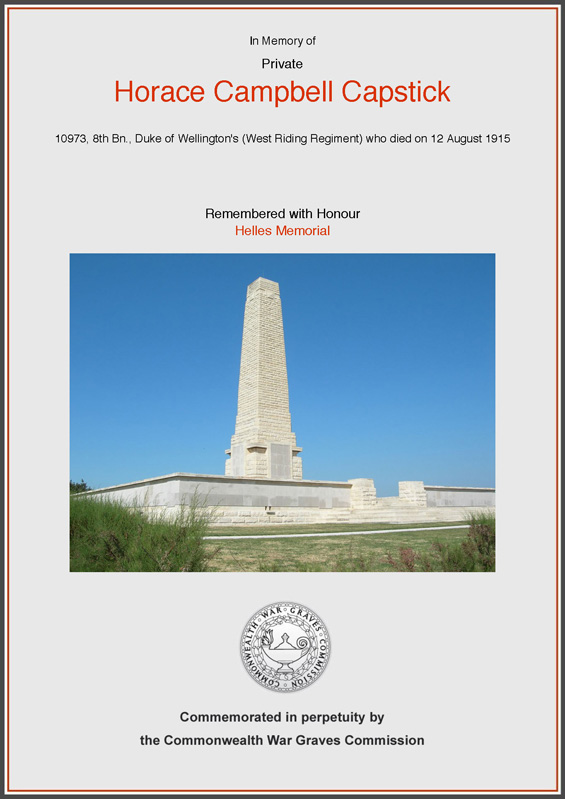