James William Wright was born in Bottomboat, Yorkshire, in 1890, and the 1911 Census cites him as residing at 12 Crow Nest, Bingley, with his wife Nellie, also aged 21. James’s occupation is leather belt maker for a leather manufacturer. His link to Harden is not as obvious as some of the other men on the memorial but it may be that he worked there, or had family residing there. The 1911 Census cites a Wright family living at 1 Mill Lane, Harden, widowed Eliza with her two children Lucy and Joseph and niece Violet, so he may have been related to them.

James enlisted in Leeds and became Private James William Wright, 21737, of the West Yorkshire Regiment (Prince of Wale’s Own), 2nd Battalion. He was killed in action on 31st July 1917 and is commemorated at Ypres (Menin Gate) Memorial, France. 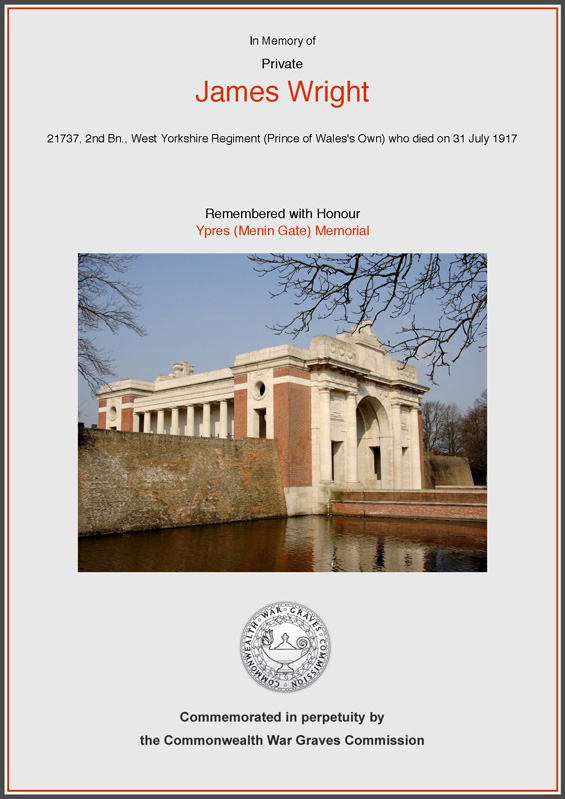