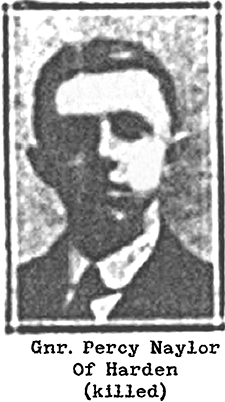 Born in 1897, Percy Naylor was aged only 14 in 1911 and he is listed in the census as still being at school. He lived at Ryecroft, Harden, with his father Joseph, mother Martha Ann, and brothers Thomas (33) and Sam (27).

Percy enlisted into the army in Bingley in December 1917, at which time he was working as a clerk in Steel’s spring making factory in Harden. Percy became Gunner Percy Naylor, 251298, of the Royal Horse Artillery and Royal Field Artillery. He died fighting on July 27th 1918 at what was the last major German offensive of the war, the Second Battle of the Marne. Percy was 22 years of age.

Percy is commemorated at Longueau British Cemetery, Somme, France and there is a memorial to him in the graveyard in Ryecroft. 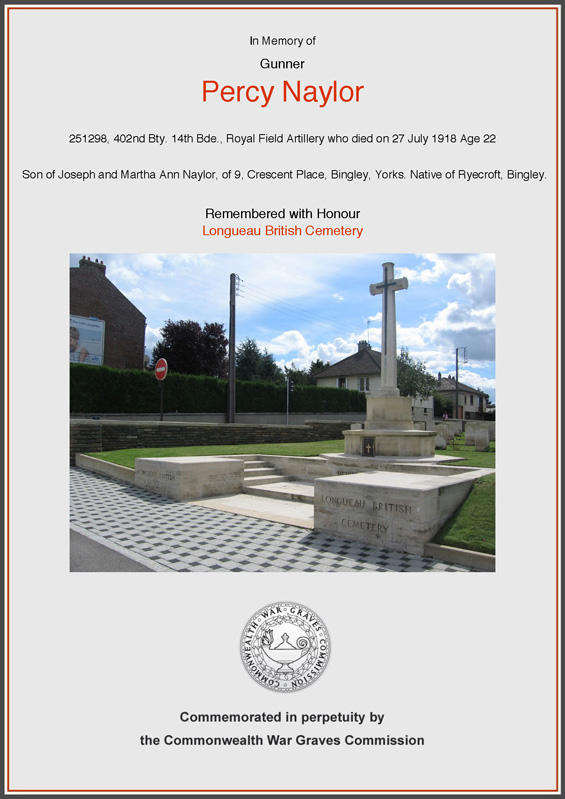 Percy Naylor is also commemorated on a family headstone in Ryecroft Cemetery. 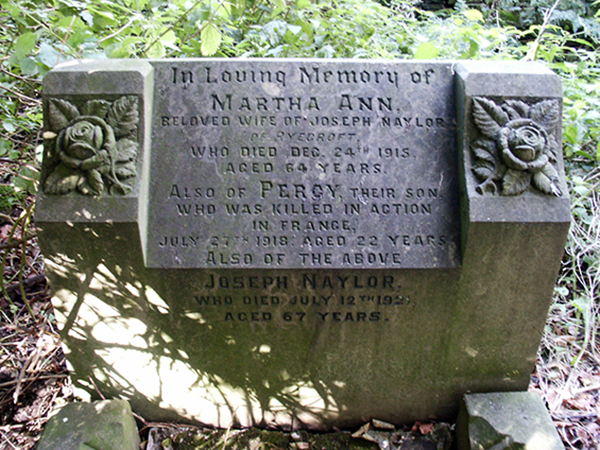 Percy Naylor’s photograph appears on page 3 of the Keighley News from 17th August 1918, under ‘Local Heroes of the War’.  Report on same page under ‘Local War Casualties – Bingley and District’.