Born in 1884, by 1911 Richard was working as a domestic coachman, and at the time of his death in 1918 he was living at 12 Cardigan Street, Bingley and an employee of Bingley District Council.

Richard enlisted into the army in Bingley, and became Private 57699 in the ‘C’ Coy. 2nd/4th Battalion, York and Lancaster Regiment.

He died on 26th August 1918, aged 34, in France, and is commemorated at Gomiecourt South Cemetery, Nord-Pas-de-Calais, France.

He was awarded the Military Medal for acts of gallantry and devotion to duty under fire . Conferment of the medal was announced in the London Gazette and Richard James Bunker earned the right to add the letters M.M. to his name.

Gomiecourt village was captured by the 3rd Division on 23 August 1918 and the cemetery was made by the 62nd Division Burial Officer at the end of August 1918. Gomiecourt South Cemetery contains 206 Commonwealth burials of the First World War, ten of which are unidentified. 27 German burials form a separate plot on the south-west side 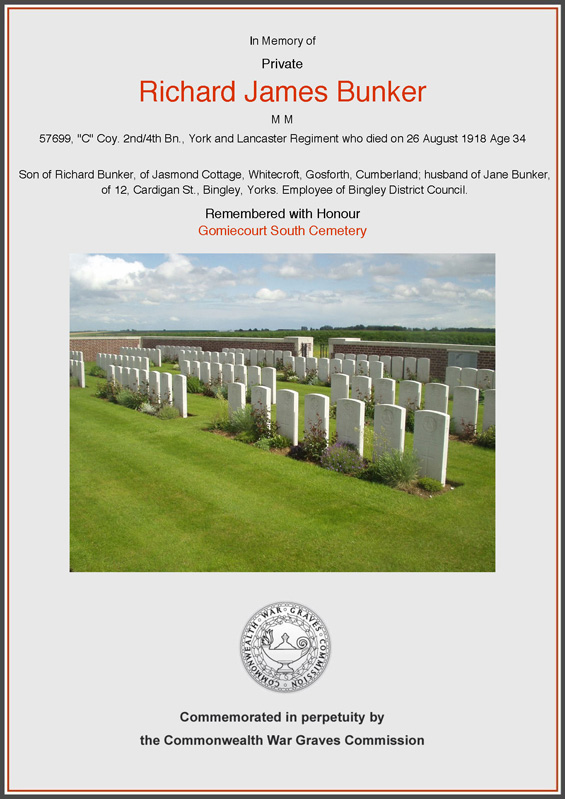