The 9th Battalion of the Rifle Brigade 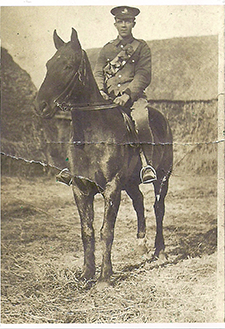 Born in Kirkby-on-the-Moor, Yorkshire, in 1890, the 1911 Census lists Robert Bertie Walker as living at Rose Cottage, Harden, with his parents Thomas and Annie Elizabeth, sisters Mary Hannah (aged 26), Harriet (aged 20) and Hetty (aged 17), and brothers Thomas Henry (aged 14) and Fred (aged 11). At this time Bertie was 21 years of age and a foundry labourer at Steel’s spring works in Harden.

Rifleman Robert Walker, S/11159 of the 9th Battalion of the Rifle Brigade was killed in action, aged 26, in Belgium on 25th September 1915 on the opening day of the Battle of Loos. The Battle of Loos was the largest British offensive mounted in 1915 on the Western Front during the First World War. Bertie’s family did not receive official notification of his death until September 1916.

He is commemorated at Ypres (Menin Gate) Memorial, France. 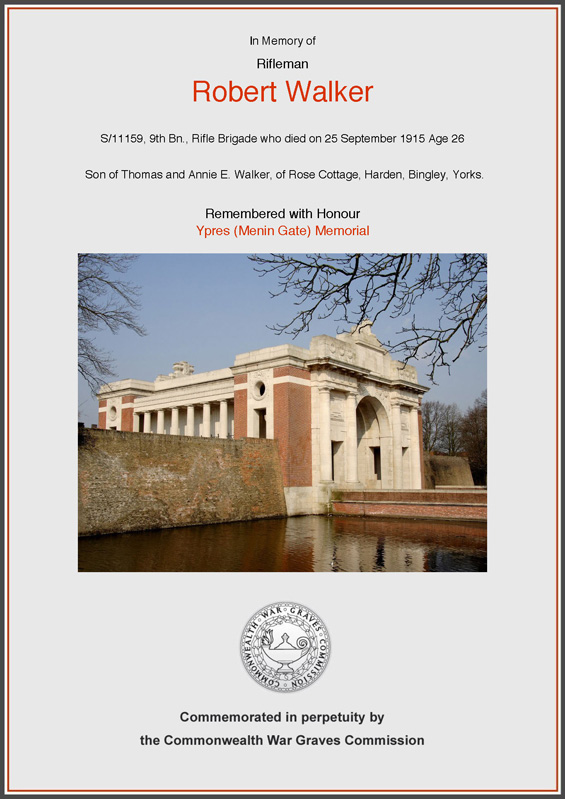 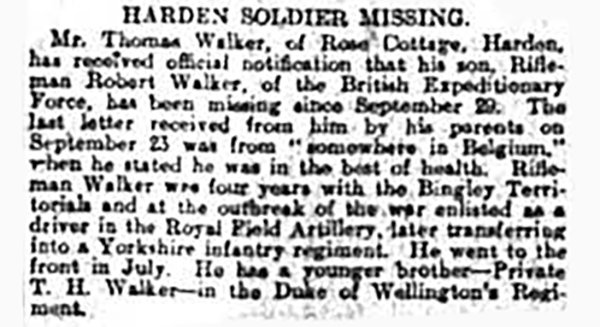