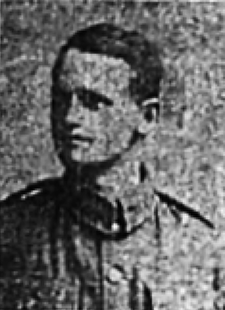 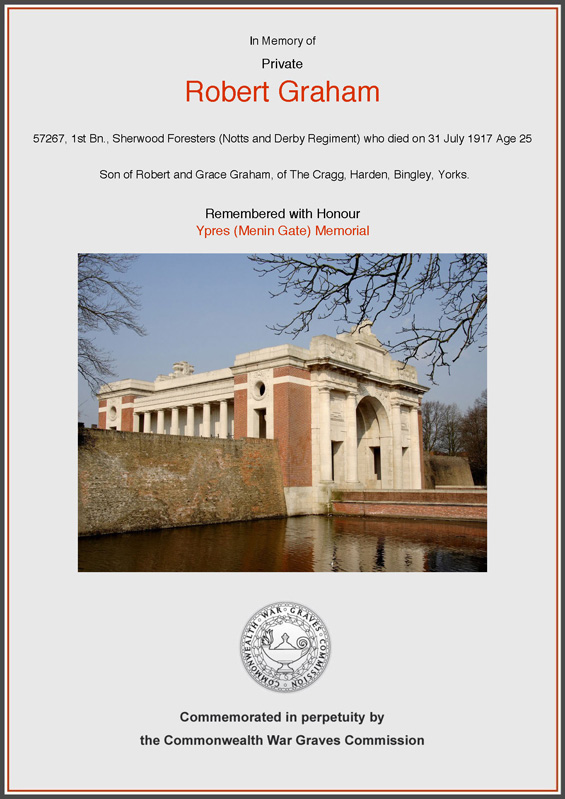 Robert Graham’s photograph appears on page 3 of the Keighley News from 19th May 1917, under ‘Local Heroes of the War’.  The missing report is on page 5 of the same paper under ‘Local War Casualty List – Bingley’.