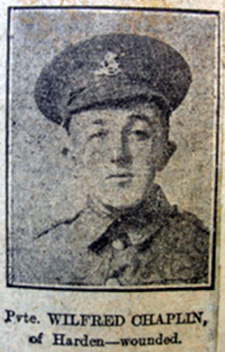 Wlifred Chaplin was born in 1897. On the 1911 census he was living at 5 Harden Beck with his father David Chaplin.

He survived the war but there are no records of his service. He married Gladys Mary Burch in 1922 in Manningham and they had a daughter, Doris.