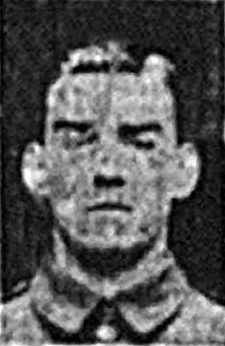 Thomas was a member of the Bingley Territorials and was called up at the outbreak of the war in 1914. He became Private T Connor, 307701, in the 2nd Battalion, Duke of Wellington’s (West Riding Regiment), and first went to France in April 1915. Thomas was killed in action on August 31st 1918.

Vis-En-Artois and Haucourt were taken by the Canadian Corps on 27 August 1918. The cemetery was begun immediately afterwards and was used by fighting units and field ambulances until the middle of October. It consisted originally of 430 graves but was increased after the Armistice by the concentration of graves from the battlefields of April-June 1917, August and September 1918, and from the smaller cemeteries in the neighbourhood.

The cemetery now contains 2,369 burials and commemorations of the First World War. 1,458 of the burials are unidentified but there are special memorials to eight casualties known or believed to be buried among them. 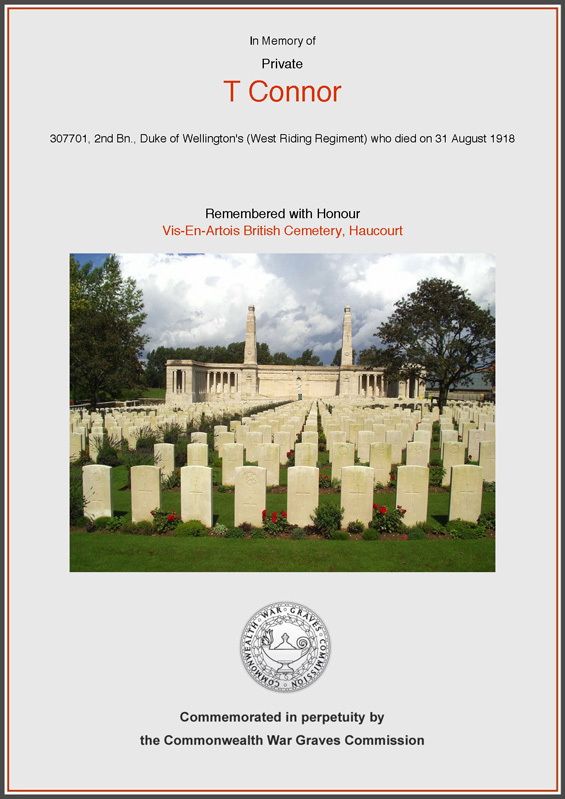 Thomas Connor’s photograph appears on page 3 of the Keighley News from 21st September 1918, under ‘Local Heroes of the War’.  Report is on same page under ‘Local War Casualties – Bingley and District’.