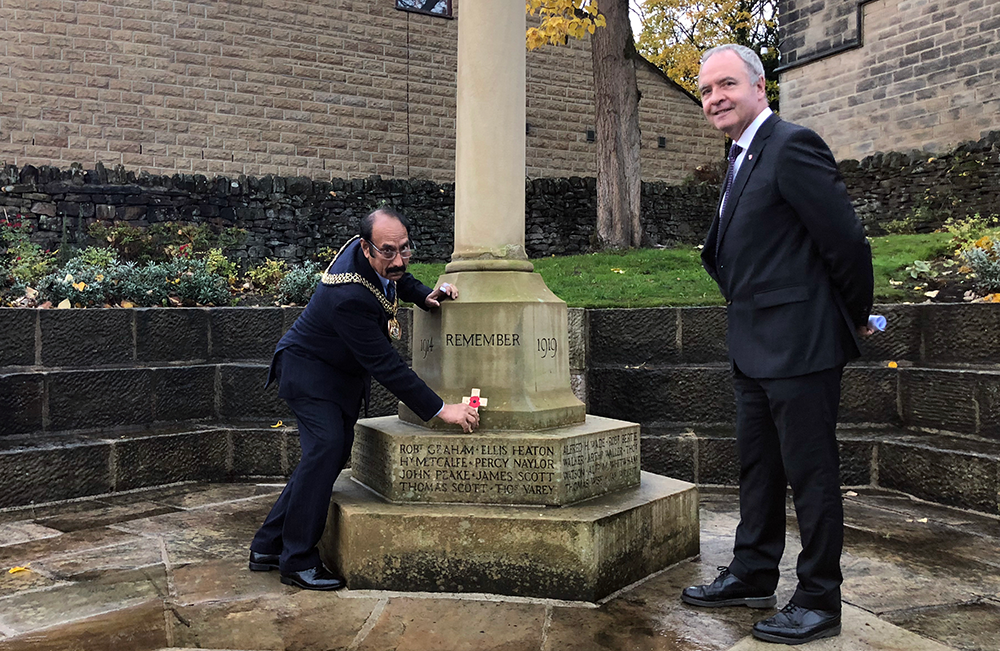 Lord Mayor of Bradford, Cllr Zafar Ali attended a special event at Harden War Memorial. To mark the centenary of the Armistice, which in November 1918 brought to an end four years of bitter conflict, Harden Parish Council have launched an online archive.

This special digital archive is available to members of the public interested in local history and who may wish to undertake family research or find out more about Harden during the First and Second World War.

The idea for the archive started in 2014 during the run up to the Centenary of the of the start of the First World War. The archive is based on a research project and exhibition on Harden in the Great War, completed by Cllr Kay Kirkham and the then Clerk, Eve Haskins. It has now been digitized by web provider Digital Nomads at no cost.

Lord Mayor of Bradford, Cllr Zafar Ali, said: “This special new online archive is fascinating, offering an insight into the real, local people who served during the First World War. The team at Harden have done some remarkable work to set this up and I would encourage everyone to have a look, especially if you’re local or have family history in the area.”

Cllr Gerwyn Bryan, Harden Parish Council Chair, said, “The Lord Mayor’s visit was a useful reminder of just how much hard work has gone into maintaining and renovating the War Memorial, in researching Harden’s war history and in subsequently digitising records for access by a wider audience. The Parish Council has been delighted to facilitate these works and is grateful to all involved.”

Presentation given during the Lord Mayor’s visit 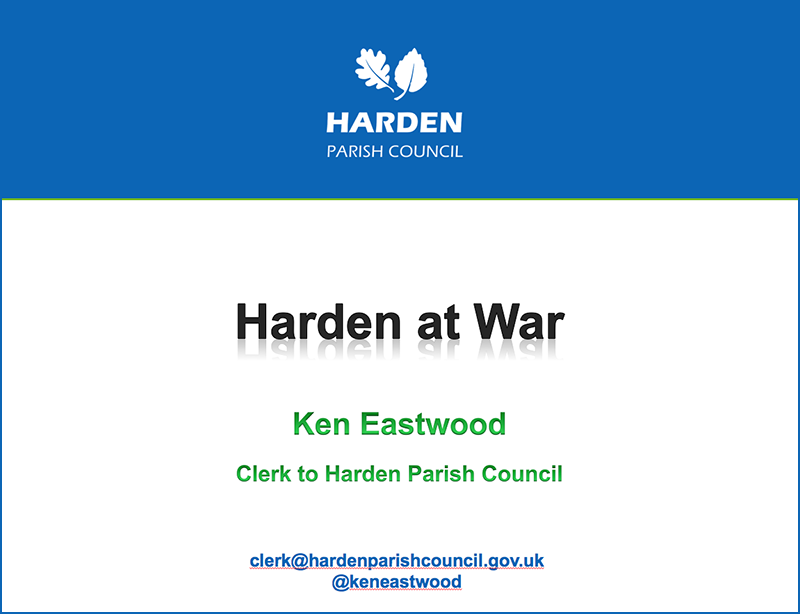 There are future plans to expand the project to include more detail of others involved in the war and also to undertake research into those involved in the Second World War, before also making that available online. If you have any information that you may be able to share please do get in touch.